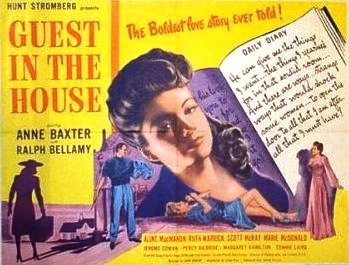 Martha Proctor believes something evil has come to her home. Her nephew Dr. Dan Proctor arrives with his betrothed, Evelyn Heath, who is a frail invalid. Evelyn is introduced to Aunt Martha as well as Dan's older brother, Douglas, an illustrator, along with Douglas's wife Ann and his model, Miriam.

The women sympathize with Evelyn, knowing of the hard life she has had. Evelyn has bouts of hysteria, involving her fear of birds, and also keeps a secret diary in which she mocks her fiancee Dan and expresses a desire for Douglas instead.

While plotting to seduce Douglas, and accusing Dan of jealousy to make him leave, Evelyn next sets out to rid the house of Miriam, whom she sees as a rival. Her gossip succeeds in getting back to Aunt Martha and turning everyone's suspicions to Miriam, who departs.

Douglas then quarrels with Ann, driven apart by Evelyn's diabolical schemes. Evelyn goes so far as to destroy the goodbye note Ann has written to him. By the time everyone realizes who's behind all this and decide to commit Evelyn to an asylum, a hysterical Evelyn flees from the house, screaming, and plunges to her death.